After reading many recommendations and reviews, I finally decided to buy a Dyson DC65 Animal Complete.  It worked well when I was living in an older apartment where carpeting wasn't fluffy. But, after moving to a new location with thick carpeting, it suddenly became difficult to move. The vacuum would actually suck in the carpet and get stuck to the floor. The suction was too strong that the vacuum became difficult to move.

I called Dyson technical support and they suggested I remove the rope seal on the inside of the vacuum head. That didn't help. More research on YouTube revealed another man's solution which was to drill holes in the vacuum plate on the bottom. I didn't want to do that since it seemed too destructive.  Dyson also claimed it would void their warranty.

Anyway, I finally figured out a really easy solution. This solved all my problems. Take a rubber band and just put in on one side of the vacuum. The rubber band will lift up the bottom plate allowing for air to flow in. 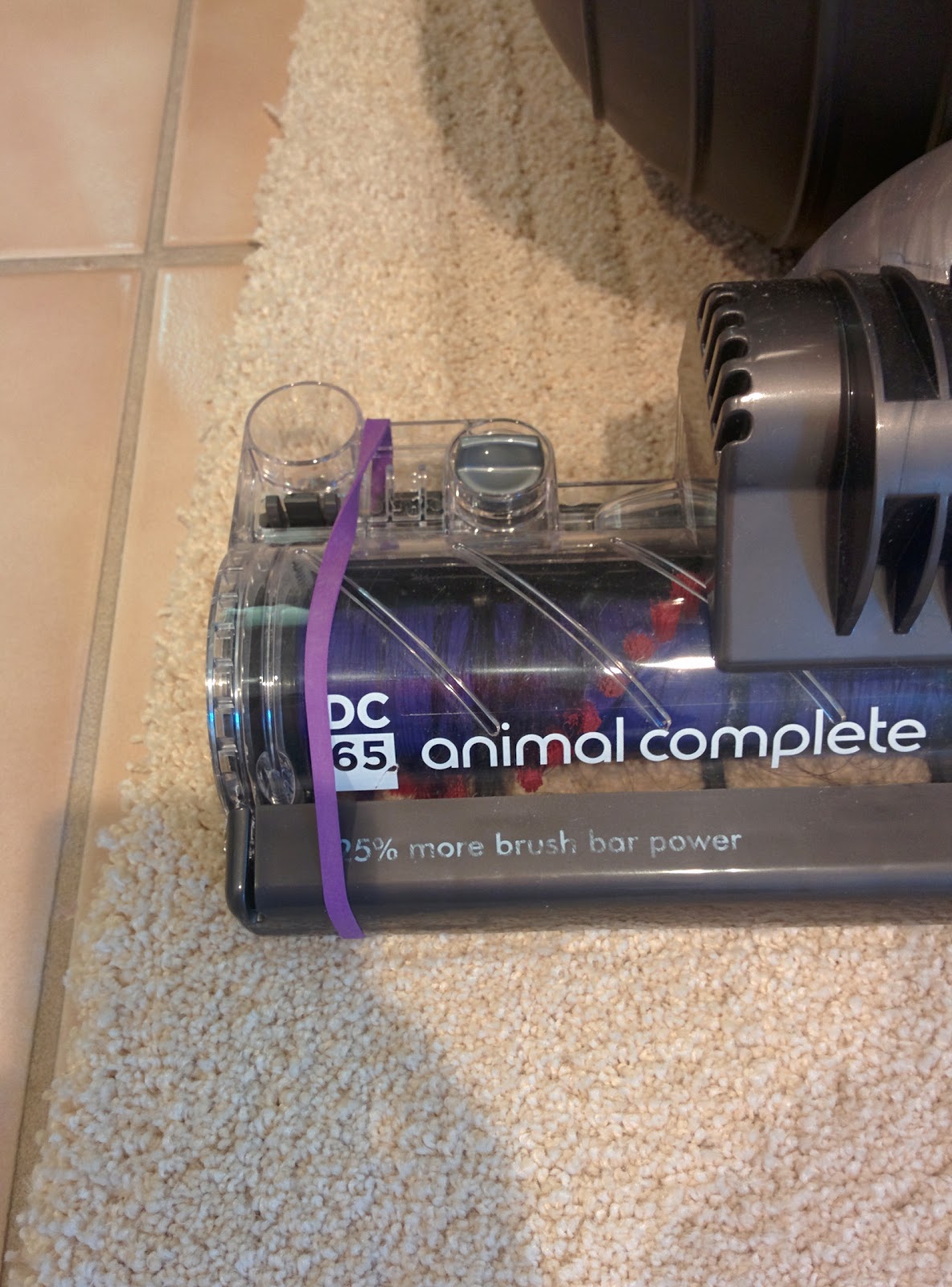