Microsoft's Surface 3 has made drawing fun again. I've been experimenting more and more with cartoon sketches and getting back into the hobby of drawing and sketching cartoons again. I've been experimenting with several software available for Window and have made a few purchases here and there. I've found that any sketching software I use has to support the ability to draw layers.. without that option, it's almost impossible to sketch in guidelines. So here's what I've tried so far: 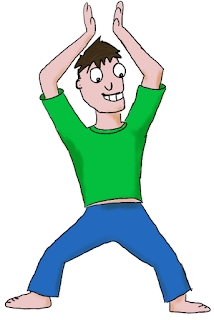 2. ArtRage by Ambient Design - I regret buying this app. The pen-to-screen latency is so bad that it feels sluggish to draw. Even turning off the "smoothing" feature on the pen doesn't fix it. I couldn't find any settings to disable touch drawing, but palm detection seems to be pretty good. The toolset is more complete than Sketchable, but the user interface is not designed well. You have to go through a drop down menu to delete a layer, for example. I found the pen-to-screen latency to be the most frustrating thing that I couldn't bear to finish a sketch in the app.

3. Autodesk Sketchbook Pro (desktop version): This is by far my favorite sketch program and is the most well-thought out and feature-complete product. However, it works well on desktop with a Wacom tablet, but not as well on a Surface 3. It lacks palm detection leaving me drawing stray marks accidentally, and the windows feel squashed on a Surface 3 display [update: figured out a workaround described here]. The sketchbook app through Microsoft Store is terrible and lacking of most of the features I desire (not to mention the forced annual subscription for a majority of the tools), so I've stuck to the desktop version. Some sketches I've made via Sketchbook Pro (desktop version) on Surface 3: 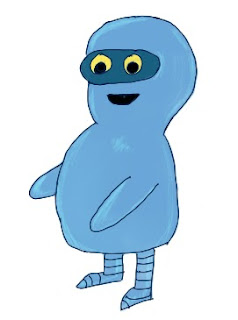 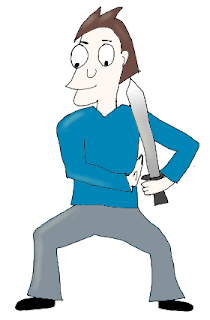 4. Manga Studio 5 - I've only tried out the trial version and I do like the desktop app very much. They seem to integrate touch nicely. They have a nice set of tools that's more feature complete than Sketchbook. I would probably use this over Sketchbook Pro; however, my only rant with the application is that zooming in/out and rotating the canvas is janky and unbearably slow on a Surface 3. This is the only thing that's holding me back from upgrading to the full version.

5. Made With Mischief - I've only tried the trial version for this as well. This is also a nice tool that is very intuitive to use. However, it's lacking in a lot of tools and is not very customizable. Sketchable is a better alternative than this app.