Silicon Valley and the "Nouveau" poor 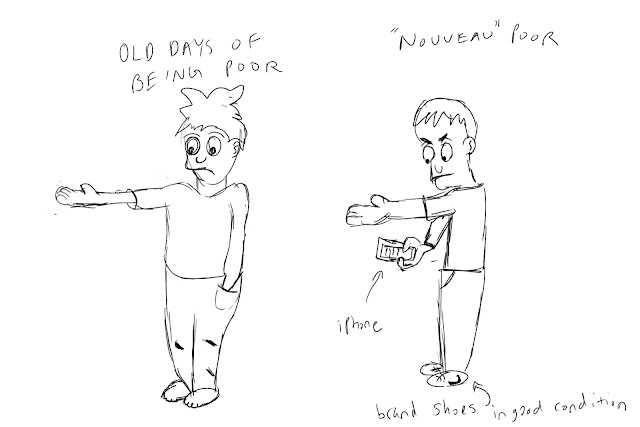 In recent months, the rent in Silicon Valley has been sky rocketing, and so much so that the frequency of people I see camping out at highway exits asking for money has increased.

As comical as it seems seeing someone browsing the web with an iPhone, wearing Nike shoes camping out at one of these exits asking for money, it's sad to say that the rising rents really has had a negative impact adding much economic burden to renters who earn less than $90k/year.  As of now, a 2 bedroom apartment in Santa Clara is around $2500/mo. A 1 bedroom apartment is about $2000/mo.

The majority of hard-working folks have moved far far out -- many having at least 2-3 hours worth of commute time to their jobs in Silicon Valley, and many picking up extra jobs or spending extra time in classrooms trying to pickup new skill sets in hopes of a better paying job. There's also quite a number of individuals that decide to stay, but remain in a helpless state and depend on the public to provide a handout.

And so, the comical vagrant with an iPhone and brand new shoes represents a much deeper economic issue that's been surfacing in Silicon Valley. Would I donate money to such a person if I see one? Probably not. They can do a better job with financial planning, and spend their time looking for better jobs or learning new skill sets, as many others do.